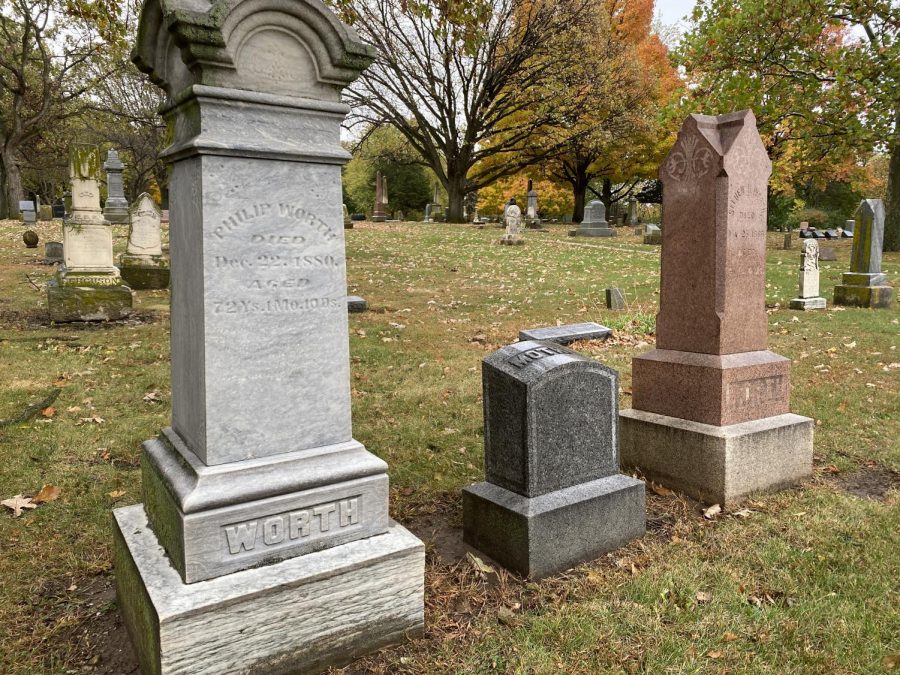 Poet Philip Worth is buried in the Willard Grove Cemetery in Channahon. He memorialized a Minooka school fire in one of his poems.

It was the work of an arsonist, according Ms. Michele Houchens, technical services manager and local history librarian for the Three Rivers Library District.

The burned school building once stood at the northwest corner of Massasoit and Church streets, according to the MCHS website.

The event was memorialized in a poem by a man named Philip Worth. He took an interesting look on his poem, writing about the fire in a very sorrowful way. He connected it to the students, staff, and architecture. It was a favorite of his poems and revealed the horrific fire of 1879.

Thy ruin, who can tell?
Where boys and girls together went,
And rang thy well known bell.
With teachers too, we sympathize
As we remember Fire! Fire! Fire!
That dreaded sound as cries
Arose with clamor higher.

According Houchens, Worth was born in England in 1809 and supposedly came to Minooka as a Methodist Evangelist in 1860.

Worth’s writings were mainly in the form of poems — some about the people and some about the evolving city and the temperance movement. Worth was asked to write the first village charter when Minooka was incorporated on March 27, 1869. The reason: Worth was known for his outstanding penmanship.

Worth was “Minooka’s Premier Penman,” and many of his poems can be found at the Minooka library. Worth died in Minooka in December of 1880. He is buried in the Willard Grove Cemetery across from Three Rivers School in Channahon, and he is under a marker on the right side of the north entrance.

Below is his poem about the fire in its entirety.

Our schoolhouse dear, where many a youth,
With books of learning met
And many laid up the truth
Which none can ere forget.
How much do we, thy fate lament.
The ruin, who can tell?
Where boys and girls together went,
And rang thy well known bell.
With teachers too, we sympathize
As we remember Fire! Fire! Fire!
That dreaded sound, as cries
Arose with calm or higher.
But we are glad the lessons taught
Firm impress leave behind.
For though the horrid deed is wrought
Unhurt remains the mind.
Untouched by any element
A liberal education
Outlasts the earthly tenement
Which shows but its foundation.
How blest to think that students may
Awhile their loss regret
A better house in early day
Will in its room be set.