Opinion: Veganism can help the environment 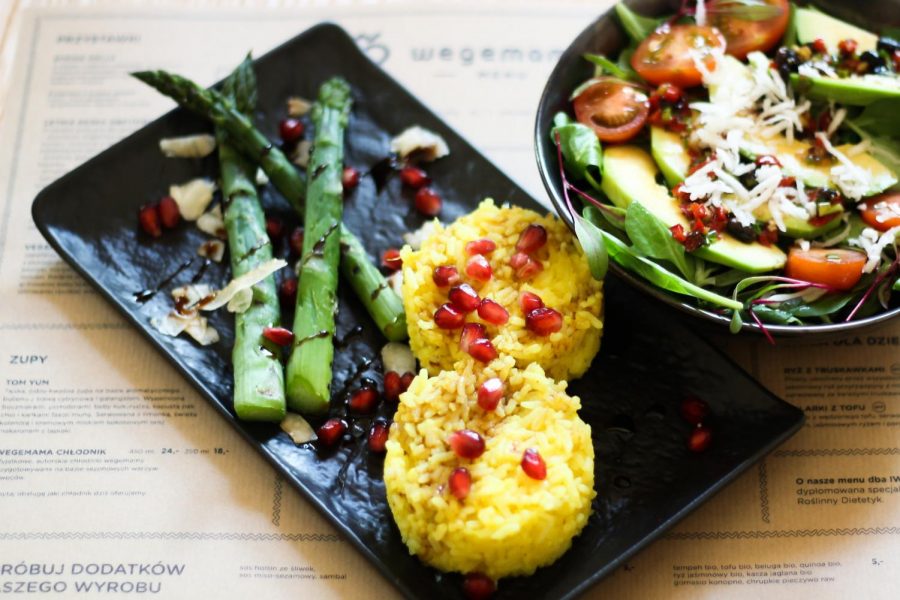 Changing your diet to plant based foods still allows you to create delicious meals while helping our environment.

It takes over 4,000 gallons of water to produce two pounds of beef, according to Animal Equality organization, a corporation working to end animal cruelty. Animal husbandry extremely increases the rapid effects of climate change.

Cutting meat and other animal byproducts out of your diet is an easy way to help the environment.

Climate change is the globe’s weather worsening and changing over decades. Changes in climate refers to average weather and will take a long duration to see drastic effects. Slowly, temperatures are increasing and extreme weather conditions are becoming more dangerous and frequent due to global warming and climate change.

While natural occurrences of Earth cause these changes in global climate, humans greatly escalate the effects. According to NASA, climate change can happen on its own from volcanic eruptions, changes in the sun’s distance, and oceanic currents. However, these events have minimal impact on our climate compared to the rapid effects of human activity.

Greenhouse gas emissions, burning fossil fuels, deforestation, and global warming cause and worsen climate change. Humans’ impact on our environment is detrimental and can be reduced by something as simple as changing your diet.

According to New Scientist Magazine, an informative magazine of all things science and technology, humans can reduce up to 60 percent of their greenhouse gas emissions just by going vegan. Animal husbandry not only takes up natural resources such as land and water, but raising cattle and other common animals exhibits copious amounts of methane and nitrous oxide. These powerful greenhouse gases in the atmosphere increase global warming thus increasing climate change.

¨Environmentally, we’ve all learned about how big of a carbon footprint animal production creates. Going vegetarian is the easiest way to decrease your carbon footprint,¨ Gabby Kics, sophomore, said.

Livestock farming not only increases the effects of climate change through greenhouse gasses but also by the amount of resources this farming requires. According to the Environmental Research and Public Health journal, animal farms take up to one-third of the world’s total land. The high demand for animal products has become the main cause of deforestation to extend farm land. Animal husbandry also requires agriculture to feed the livestock. Approximately 40 percent of harvested crop goes to feeding farm animals, again according to ERPH journal.

Cutting meat and animal byproducts out of your diet decreases large amounts of greenhouse gases and will decrease deforestation. This is such an easy way to help the environment on the scale of our climate crisis.  Eating less animal products has also been proven to have health benefits such as: richer nutrients, weight loss, lower blood sugar levels, improve organ function, decrease chances of certain cancers, and much more, according to Healthline.

¨Going plant based can help a lot with clearing up skin, helping gut issues, decreasing chances of heart disease, and much more. I feel so much lighter and energetic now that I eat nutritious plant based meals,¨ said Sarah Summers, sophomore.