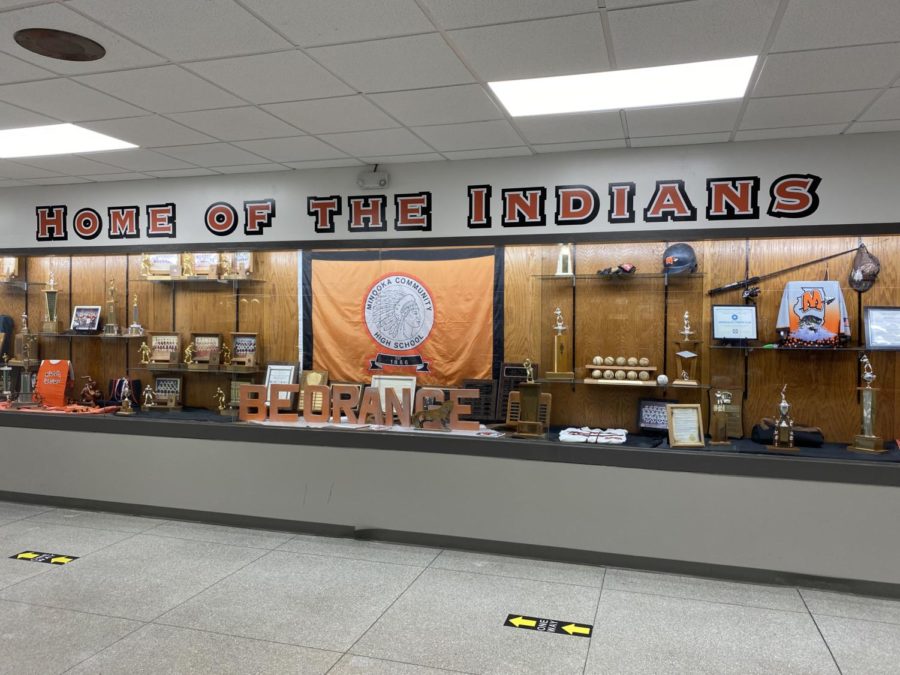 Athletic trophies are on display near the entrance to the gym at Central Campus.

Dr. Kenneth Lee, the superintendent and facilitator of the conversations during the meetings, mentioned some classes that he would like to see incorporated into the curriculum.

The development process would require conversations regarding the courses and reviewing textbooks to later be presented to the administrative team alongside Dr. Lee in the fall. That would also require two seperate readings in front of the school board members, where they could approve of a course. If approved, whatever courses that went under discussion would be included in the course catalog for students to request and enroll in during the winter.

The task force also discussed possible presentations about Native Americans at Freshman Experience and during the Veteran’s Day assembly.

On April 7, the next mascot task force meeting will be held differently than it has in the meetings prior. The members of the comittee will be touring both campuses to observe the Native American imagery and have more conversations about it. This particular meeting will not be held via Zoom.

Mascot committee hears why usage is seen as offensive, March 22, 2021