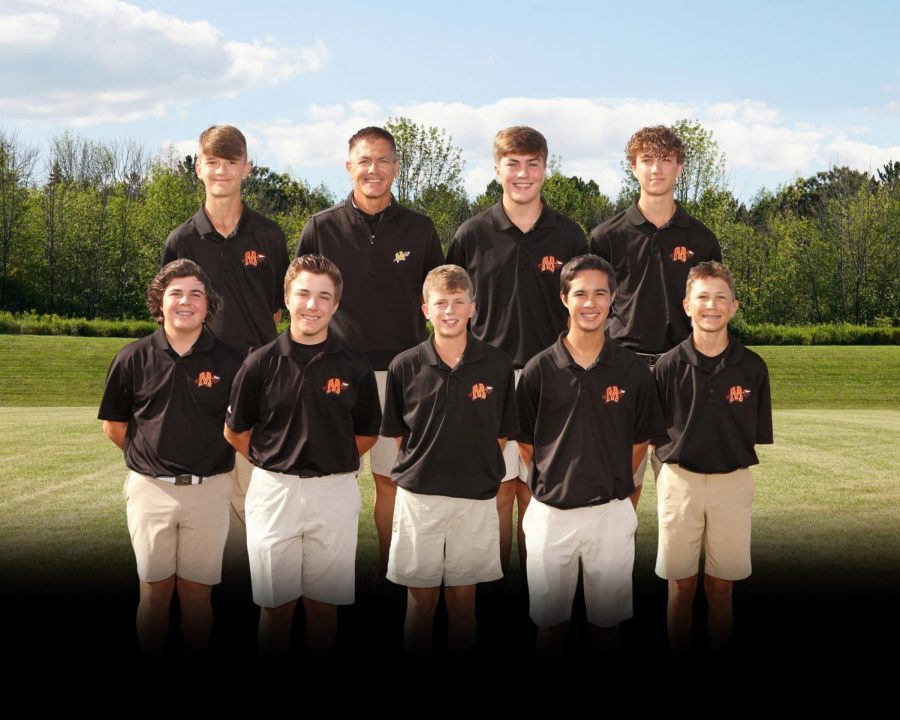 The boys golf team plays in the regional on Sept. 29 in Normal.

An unusual outcome for a home match, Minooka shot a 180 while Oswego East shot a 157. Despite this loss, the team still has an overall record of 7-3 as of Sept. 21.

Even though this tough loss may seem like it would take a toll on the team, it hasn’t. Morale and hopes are still high for the team.

“Golf is a very difficult game to play at a high level consistently so there are always ups and downs,” head coach Jeff Petrovic said.  “We just have hit a rough patch in our season where we are not playing our best golf but hopefully we will be on an upswing when the postseason rolls around.”

Sophomore Carter Stephenson shot a team low score of 41. A consistent top finisher for the team, nobody was surprised to see him finish as the team best. Some would think it’s unusual for a sophomore to be the top finisher but according to coach Petrovic, this isn’t unusual at all.

“Our six tournament guys are one junior, three sophomores, and two freshmen. So having a young guy with a low score is not uncommon for us,” Petrovic said.

Stephenson mentioned that this home match was an average match for him.

“Playing at your home course always gives you a bit of an advantage. I played okay that day and shot a 41 and gained all conference points,” Stephenson said.

While Stephenson was the top finisher with a 41 score, two others were not far behind him. Junior Brydon North and Sophomore Brett Widlowski both shot a 46.

“I did not play very good. I wasn’t hitting my irons the best, my short game wasn’t really there, and I wasn’t making many puts,” Widlowski said.

Petrovic is optimistic for the future with the three top scores of the match. Being younger guys, that means they still have a few years left with the team.

“We have had a pretty good season so far but we are extremely young and need to use this year as a stepping stone in the process to becoming a very good team,” he said.  “We have a bunch of guys with a lot of potential. It will just take time and work to reach it,”

With this match being one of the last ones for the season, you can’t help but think towards the postseason. Minooka plays its first postseason match, regionals, at Ironwood Golf Course in Normal on Sept 29. The team has high expectations for their postseason run.

“I believe our team has a great opportunity to advance to sectionals on Monday Oct. 4 at Nettle Creek Golf Course in Morris,” Petrovic said.