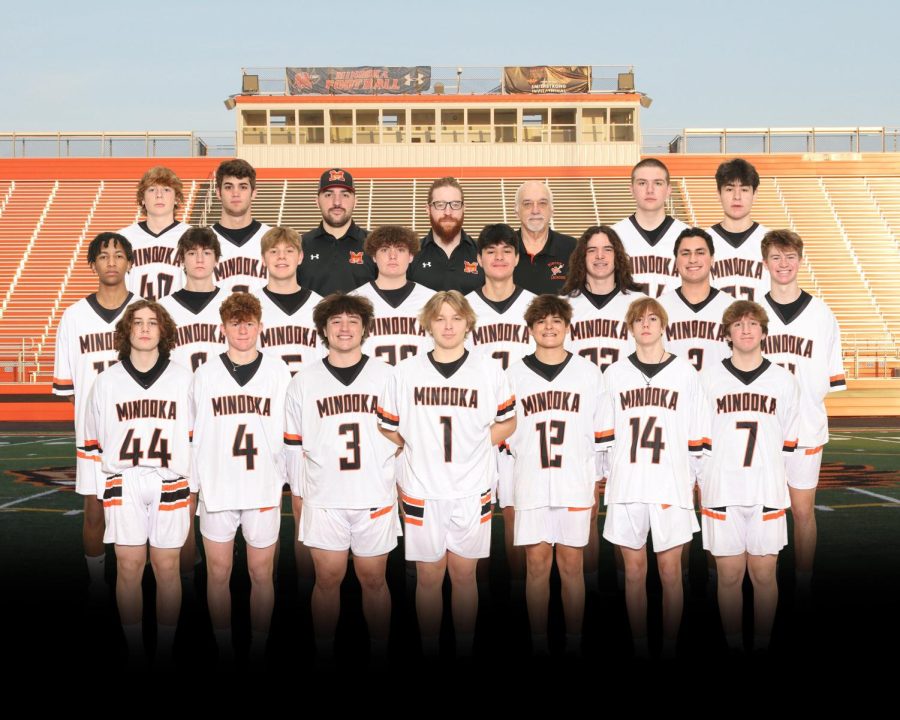 The varsity boys lacrosse team is looking to set a new record for wins this season.

Another great team effort led the Minooka varsity boys lacrosse team to a victory over Normal Community on April 13.

The game was played at Minooka’s stadium. Minooka scored 9 goals while Normal scored 2 in a South Suburban Conference match-up.

Conference games are really important for the team to win and Normal is a good team. The boys had to come out ready to play.

“As all conference games are this was an important game for us to win and continue to be contenders within our conference this year. Normal has a strong program and is well rounded,” head coach Kyle Holmes said.

Holmes coached the team into a 7-0 run all the way to halftime. Holmes was proud of his team, as this was something that his team usually struggles with.

“This year we have been a second-half team so we have been working on striking first on the scoreboard and playing a consistent four-quarter game, and we were successful with this during the Normal Community game,” Holmes said.

The scoring of this game was led by senior Sean Williamson and junior Alex Lamlech. Williamson had 2 goals while Lamlech had 3. Lamlech contributed his success in this game to his team.

“We communicated really well and we moved the ball around good,” Lamlech said.

Junior Matt Murphy played an amazing game in the net. Throughout the entire game, he racked in a total of 18 saves and only let in 2 goals. He also had a lot of great clears that helped lead to offensive production.

The team is having one of the best seasons in program history, with their record being 4-5. If the team continues to play how they have been playing, they will have their best season yet.